Imagine! Belfast’s Festival of Ideas and Politics returns from 14-20 March to broaden horizons and puncture preconceptions with an open invitation to “Start Making Sense”!

In this year of Assembly elections and commemorations, Imagine! Festival offers up an electrifying and eclectic week of discussions, talks, workshops, theatre, comedy, exhibitions, quizzes and tours to help us all explore some “Big ideas” in our “wee country”.

Over 80 (mostly free) events will be taking place in over 25 venues across the city, and organisers hope to welcome everybody from the avowedly non-political to dedicated political observers, and youthful idealists to seasoned cynics in a festival-for-all.

The aim is to stimulate a discussion on new ideas, big questions and activism in order to try to understand the range of global and local challenges that confront us all.

According to Peter O’Neill, founder and Festival Director:

“The festival provides a unique opportunity for people to have their say on some of the big issues of our time in a fun, dynamic way. We want to encourage participation from people not normally involved in political debate and stimulate a discussion on new ideas and activism. There’s something for everyone in our programme – most of the events are free and spread across the city. So join us in making sense of our politics and culture.”

Topics for discussion include: What is the State of Democracy in NI?; What is Progress?; Towards a People Powered Politics; Editing the Genome; 1916: A Political Reflection 100 Years On’; Brexit; the first world war; Abortion; and the legacy of the conflict. 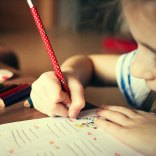 Dozens of Discussions and Workshops cover the full gamut of issues that are on everybody’s minds at the moment, and encourage active debate by all in in an open Festival forum. Highlights include Are Schools Failing our Kids?; The Suffragettes, 100 years on; Populism and Racism and One Starry Night (hot chocolate, cosy blankets and star dust provided!).

The festival is also running an Alternative St Patrick’s Day with an affectionate and oh-so-slightly irreverent touch.  There’s Pilgrimage, Pints and a Parade, discussions on Irishness and the Legacy of St Patrick and humorous investigations into the Irishness of St Patrick (in the unsurprisingly named Sure St Patrick Wasn’t Even Irish) and comedian Neil Dougan maintaining St Patrick was a Prod!

The comedy strand continues with US comedienne, Jennifer Rawlings (I Only Smoke in War Zones) and a night 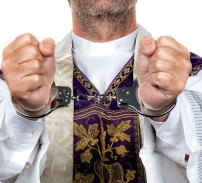 of Electoral Dysfunction from Infinite Jest providing more laughter than you’d get from your average week in Stormont.

Add to that a couple of big fat quizzes, screenings, tours and a photo exhibition – John Baucher – It’s Nothing New (on the theme of Immigration) and you have Imagine! The ONLY Festival of Politics and Ideas worth voting for…

So come along and join them in sparking some new ideas on politics & culture!